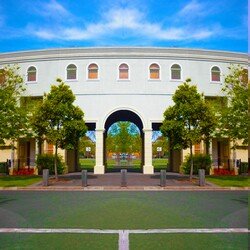 27 year old James Wallace from Melbourne. I have been recording my own songs since I was around 8 or 9 years old.

After finding myself constantly getting more interested in music than my fellow band members, I have decided to record my own albums as of 2011. Since then I have recorded 3 albums under the name Coloured Clocks.
First album "Zoo" was recorded in 2011 while I was finishing my uni degree.

2012, I spent recording my second album titled "Nectarine".
Last year and into the first half of this year I have been completing an album titled "All Is Round" which is a choose your own adventure style album, where you can listen to the album in any order and ave all the songs flow continuously. With the songs offering a range of tempos, melodies and durations. It can make for a unique experience, if listened to in this way.


The uplifting dream pop, major key chorus, in contrast with the lyrics creates a conflict of emotions. Both dreamy and reflective... and maybe regretful

Other tracks by Coloured Clocks: Elevators  -  It's Getting So Close
%