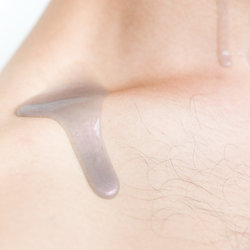 Collarbones is Adelaide’s Travis Cook and Sydney’s Marcus Whale. It’s been eleven years since, as teenagers, they met on an online message board, beginning a storied union that’s seen the release of three albums of sinewy electronic pop.

Pairing the rhythmic mechanics of club music with confessional balladry, Collarbones’ sound is an equally playful and dark navigation of a grotesque mishmash of genre both popular and obscure.

Known for live performances that range from the kinetic to the absurd, Collarbones have performed everywhere from packed home-bases like Oxford Art Factory and Goodgod to empty regional RSL clubs. 2015 saw Return lead single “Turning” receive a Flume remix, leading to Whale's appearances at Flume's Vivid Live headline slot at The Sydney Opera House and FYF Fest in Los Angeles.

Collarbones return from hibernation to release their new single 'A.I.', their first piece of new music in well over 2 years.


Collarbones' first track in two years, A.I. details the tortured power dynamics of a futuristic love story, and draws from the anonymous interactions on which Whale and Cook were raised during the shadowy, pre-social media age of the internet. Foreshadowing further offerings in 2019, 'A.I.' is the beginning of a new phase in the duo’s longstanding interstate collaboration.