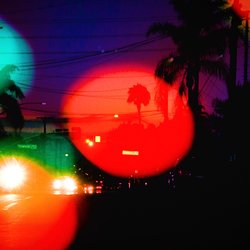 Colin Jones hits you straight in the chest with his neo-blues he is becoming known for. Following the successful release of his debut single ‘Mama Don’t Weep’, the track received immediate support from community radio stations across Australia and stayed in the AMRAP top 10 regional chart for 4 weeks, peaking at Number 3.

Having built a reputation as one of Sydney’s best up and coming acts, Colin Jones has played at massive events including King Street Crawl and Mojo Bush Beats as well as sharing the stage with acts like Julia Jacklin, Winterbourne, and Melody Pool and US Blues Legend Eugene 'Hideaway' Bridges. It was this great reputation that led to Colin and his band becoming the presenting partner and resident act for the popular Sydney live music night Folkswagon at Café Lounge.

When you take Colin’s vocals, which range from a raspy whisper to full throttle growl, and combine it with the unstoppable force that is The Delta Revue you end up with some seriously infectious blues that is the sort of music that carries you away into the early morning hours.

2017 brings Colin Jones to Southern California to bring his neo-blues to a brand new audience.


"It's about never being able to get it right and the spiral that can put you in," Colin explains, "It's an old song that used to be a folk ballad. The production was an idea I had in the studio back in 2016, and it became this acid-tinged noir soundtrack."