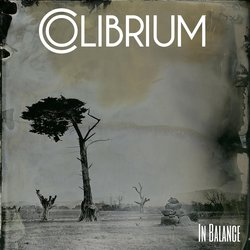 The South Australian 5-piece have spent the last three years collaborating with the best of the best, ensuring their product is second to none, both creatively and professionally.

Colibrium’s self-titled debut album, a collaboration between Reid Jones of Deep Blue Studios and the unmistakable Forrester Savell, is set for release early in 2016. Drawing influence from a broad spectrum of musical influences, including Led Zeppelin, Radiohead and Tool, to that of Australian rock heavyweights Karnivool and Dead Letter Circus, this rock-solid, professional soundscape has something for every listener, and every mood. .

With a raft of national appearances locked in for 2016, a truly unforgettable live show, debut album and an ever growing fan base, Colibrium will be sure to make a mark on the Australian rock scene.
Colibrium's latest demo is available on Triple J's Unearthed. Stay tuned for more.


Spinning on the Wheel is a big rock track from Colibrium's debut album, In Balance!