Colibrium - I Don't Need You 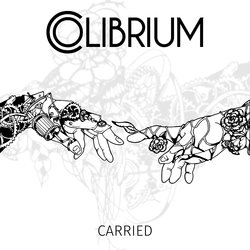 Their debut album ‘In Balance’ released in 2016 was praised by fans and critics alike receiving rave reviews including a nomination for best heavy artist in the 2016 South Australian Music Awards. Produced in collaboration with Reid Jones and Forrester Savell, it draws influence from a broad spectrum of musical powers. This rock-solid, professional soundscape has something for every listener, and every mood.

Looking to build momentum even further, the 5-piece have teamed up with Forrester once again to record their new EP ‘Carried’, accompanied by a national tour to support the release in early 2019. This record lifts the band to new highs in composition, musicianship and production and covers a varied sonic landscape.

New EP ‘Carried’ is avaiable for download on all major online stores.


I Don't Need You opens with a powerful riff that transitions into a truly sinister sounding verse. Colibrium feature some of the most outstanding vocal takes that you will hear. The singer has a vocal range similar to greats such as Chris Cornell. Another banger from Adelaide's Colibrium!

Other tracks by Colibrium: Carried By The Word  -  Rain
%