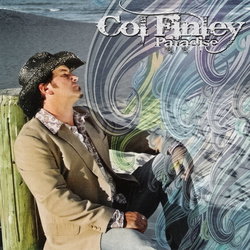 Col Finley now has an extensive catalogue of songs and three Award Winning Albums. With passion for his fans and performing it was only natural for his career to rise. As his fan base grew stronger his touring became broader seeing Col tour extensively throughout not only Australia but also overseas. It is the passion to perform for the fans that Col still has to this very day that makes him one of the few artists to be asked back on a yearly basis to festivals. In 2008 Col’s last single “Get Your Country On” hit the Aria Pop Charts reaching an impressive 4. The single also featured on TV Shows Real Sea Change and Getaway. Finally Col started to reach the broader audience that he had always believed he could reach. 2009 not only saw Col Finley team up with Producer Andrew Cochrane but he is also under new management and has formed his new band “Dallas County”. Col Finley’s dreams are shining through as he now is truly rated as one of Australia’s most unique Singer/Songwriters, Recording Artists and Live Entertainers. It is clear to see why it is time for you to have piece of Col's Paradise.

Other tracks by Col Finley: My Stuff  -  Dirt
%