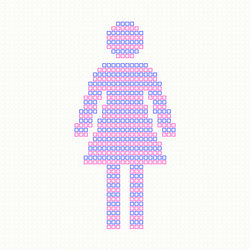 Coach Bombay began as the bedroom recording project of Melbourne producer Terry Mann, after his first song caught the attention of radio and industry tastemakers in late 2009. His hook-laden electro-pop has since been bouncing from rainbow to moonbeam in the form of 2 EPs (One Thousand [2010], Spare Youth [2011]) and an album (POPS [2012]). With 11 of those songs earning Triple J airplay, Coach Bombay was still a mystery, having never played a live show.

2013 saw a completely new direction, as the sugar-fed studio baby evolved into a singing, dancing, sweating band of five, packing out their live debut - four years in the making. As the band begins to flex their musical muscles, 2014 will prove to be an exciting year.


Girls, the second single off his forthcoming LP, sees Coach Bombay’s penchant for pop hooks and crystal clear production reach new heights. The song combines Unit era Regurgitator with the simple and joyous lyricism of a 1960’s brill building pop classic. A paean to simple pleasures in a complicated world.