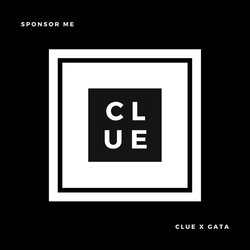 Known amongst the underground of the Aussie hip-hop scene, Clue has garnered a noble and rapidly growing fan base from releasing consistently strong content, continually redefining what it means to be an Australian rapper and musician in the 21st century.

Taking hiphop in Australia in a new direction with his sophomore EP, Clue has taken influence from childhood idols Jerry Seinfeld and Larry David to create something not seen before in Australia.

After leaving audiences in stitches on Seth Sentry's "Play It Safe" Victorian tour and more recent Tasmanian tour with his unique style, Clue shared the stage with Illy for the Two Degrees Regional Tour, and Ivan Ooze on his Social Alien 2 Tour.


Teaming up with LA based rapper GaTa, Clue delivers a bar heavy track dedicated to the struggles of an early career artist. Clue pleads brands to sponsor him in any way to take the weight off while he builds his career, while GaTa contrasts as an endorsed artist, describing the riches of the industry showcasing both side of the coin.