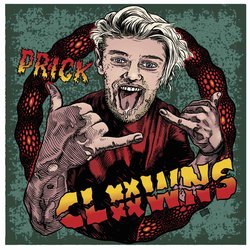 With thousands of record sales under their belt and the worlds biggest heavy music festivals in the experience section of their CV, Melbourne band Clowns have recently launched their own record label, Damaged Records, to release their new single 'Prick' and forthcoming album Nature/Nurture in Australia. And have signed to Fat Wreck Chords for the rest of the world, making Clowns the second Australian band ever to be signed to the label that is the home for Lagwagon, NOFX, Descendents and Against Me!

Nature/Nurture, set for release on April 12, is undoubtedly Clowns spiciest record yet! Which is why they have collaborated with Gold Coast based, award winning, family owned and family run hot sauce company Punk Rock Peppers to create the perfect flavour accompany the hot and tasty 11 track record. Clowns ‘May I Be Extinguished?’ hot sauce is available only with the pre-order of their next record, and combines opposing flavours of habanero and lime, representative of the Nature/Nurture theme. All bottles are individually numbered and feature wax dipped caps for preservation, and did we mention that Punk Rock Peppers won 1st prize in the World Hot Sauce Awards in 2017?


latest track ‘Prick’, a 2-minute punk jam in classic Clowns style, with a guest performance from Nikki Brumen of Pagan. If you’ve ever loved a band until you met them and realised they are a bunch of wankers, then this song is for you.