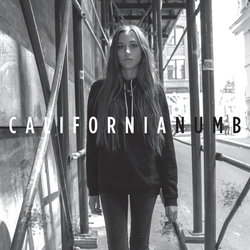 After an amazing run of sold-out shows with James Bay in US last year, Cloves started 2017 with an illustrious showcase in Sydney, a sold-out show at London’s Omeara and a spine-tingling performance at the 2017 APRA Music Awards of ‘Satan’ (DD Dumbo). She is now joining Michael Kiwanuka on a 17-date tour around America, including a headline show at Joe’s Pub in NY on 1st June.

At the turn of the year Annie Mac selected Cloves as one of her New Faces to look out for in 2016. To top off a great year of festival touring, performing at Coachella, Lollapalooza, Latitude and BST Hyde Park, her song “Don’t Forget About Me” was selected for a crucial spot on film “Me Before You” starring Emilia Clarke, which saw many new immediate fans pick her music up, mostly evident from strong numbers on Shazam (now over a million), 100k worldwide record sales on iTunes & impressive early streaming numbers on Spotify (35m) & Vevo (17m). It is safe to say 2017 is looking even stronger, with the release of her debut album and a string of incredible tour dates & a record to start revealing.


“California Numb is about catching yourself off guard” explains Cloves, continuing “It’s about the moment you realise you’re becoming somebody you don’t want to be, the idea of losing yourself in something or someone else you shouldn't be influenced by, and having to claw yourself back”