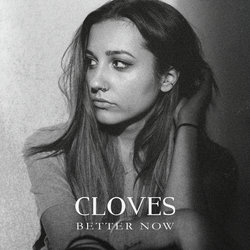 Previous listeners of Cloves’ debut EP 'XIII' will find familiarity in the honesty found in her lyrics that help her standout alongside her lofty, forever gripping vocals that are supported by a melody that mesmerises.

With only one EP to her name to date, Cloves has enjoyed one of the best introductions to the world of music in 2016. In her live set-up, where she continues to win people over show-by-show, there has been spots at some of the biggest festivals on the planet including Coachella and Lollapalooza while also touring the States with current BRITs Male Solo Artist Of The Year winner, James Bay. This month North American fans can catch her playing live supporting Michael Kiwanuka.

At the turn of the year Annie Mac selected her as one of her New Faces to look out for in 2016. To top off a great year Cloves’ song “Don’t Forget About Me” was selected for a crucial spot in the film “Me Before You” starring Emilia Clarke which saw many new immediate fans pick her music up, mostly evident from strong numbers on Shazam, 40k record sales on iTunes and impressive early streaming numbers on Spotify (17m) and Vevo (5m).


The track was written in February of this year over the course of a single day in London alongside her long-term writing collaborator Justin Parker (Banks, Bat For Lashes). Fresh from returning home to Melbourne she created the song which is about "feeling misunderstood and claustrophobic in a relationship."