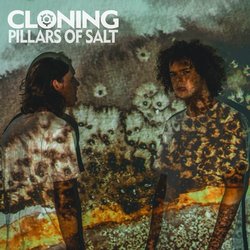 Cloning are a West Australian band whose music blends elements of rock, pop, shoe gaze and trip hop. The group spent 2018 in the studio and have enjoyed a promising start to 2019, with a WAM Song of the Year nomination.

‘Special’ was the first offering from the band’s debut EP ‘Pillars of Salt’ and received support from community radio around Australia. This was celebrated with a successful launch show at Mojos. Their second WAM award nominated single ‘Epilogues’ will be released on August 23 and their EP on September 11.

Cloning developed their live sound supporting the likes of Ocean Alley and Stonefield. In 2019 the group continue to bring their music to live audiences, with Eastern states shows and a WA regional tour to come in the latter half of the year.


Recorded in Blackbird Studios with Dave Parkin (who also engineered the EP), the band had most of the songs written and arranged prior to heading into the studio. Due to their great chemistry with Parkin, he helped shape the sounds and ideas into fully realised recordings while still keeping to their overall vision for the EP.

Other tracks by Cloning: Something You Never had  -  Nights Likening
%