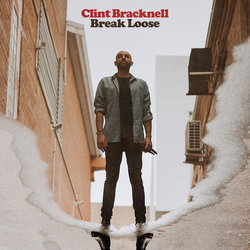 Wirlomin Noongar man Clint Bracknell is one of Australia’s hardest working Indigenous songwriters and music creators, with a career trail vastly different to most of his peers. After originally following a contemporary music path, over the past six years Clint has been creating and writing songs, soundtracks and theatre scores for multiple national stage productions. The Australian describing his composition work as ‘masterful’ and ‘live guitar and vocal qualities’ as ‘pure magic’. Alongside electronic music luminary Paul Mac, Clint co-produced the debut EP for Ripple Effect Band, Arnhem Land‘s first all-female rock group. As a guitarist and double bassist, Clint performed at the Sydney Festival and Darwin Festival for the Mission Songs Project.

Clint moved east in 2014 to design and teach the Sydney Conservatorium of Music contemporary music degree. Finally returning to Perth in 2019 and to the realm of releasing contemporary music with his own voice, ‘Break Loose’ signals an exciting re-emergence for one of Western Australia’s most enigmatic performers.


Break Loose, penned and performed for the film 'H is for Happiness' by Clint, features in a scene on the streets of his own coastal hometown of Albany, with an ad hoc band made up of his Wirlomin uncles. Break Loose is a call to arms for dreaming big, taking risks and shaking off the sleepy town blues.