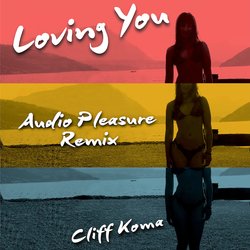 Cliff Koma is an international, acoustically driven, singer/songwriter with wide appeal who expresses straight from his rhythmic heart and soul. His
earthy, organic style is fused somewhere between beachy acoustic-rock and pop, with a dash of world music and hip- hop. His musical mediums include guitar, vocals, keys, looping, beatbox and percussion.

Cliff comes from a musical family and background in Michigan and around the U.S. After moving to Australia in 2010 Cliff stepped out as front-man and lyricist of the progressive hard rock outfit Nostics based in Adelaide. Whilst with the band Cliff continued to write and personalize his own material, eventually ready to fulfill his own destiny and deliver the music that resonated with him, launching himself as a solo artist in 2013 and immediately attracting bookings and regular gigs.

In recent years Cliff frequents the European summer music festival trail promoting and playing gigs and shows. Releasing his debut album in 2017, Summer & Winter saw Cliff back on the road again. He has toured through Europe, USA, and Canada and just completed his 2nd Swiss tour February & June 2018 playing shows in the alps & cities around the country.


Feeling a strong desire to experiment and combine more electronic elements into his musical outpourings. Cliff Koma has collaborated with UK producer Ericson and local producer/artist Omniessence under the pseudonym Audio Pleasure. Creating a re-interpretation of Cliff's acoustic based “Loving You” from his debut album (2017). This is Loving You (Audio Pleasure Remix).