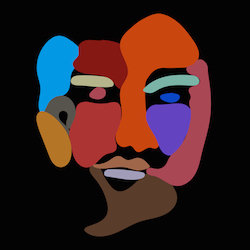 The tracks on the five-song set demonstrate wide-ranging production values and display the varied sides of Cleopold's persona. Written at his home in Los Angeles with performances recorded in his bedroom, the EP proved to be a cathartic exercise for Cleopold.

“Down In Flames” is the acclaimed first single from Altitude & Oxygen, released in 2015. Written in California about a romantic low-point, the single became an instant feature on Apple’s Beats1, Australia's triple j and LA’s KCRW--and racked up more than 2 million plays online in a few months. The latest single, “Not Coming Down,” counters the moody R&B of “Down In Flames” with an infectious, West Coast-inspired groove. The album also features the instrumental track “Cleveland,” among others.

In late 2015, Cleopold joined Chet Faker on a sold out tour of Australia. The shows saw him perform for more than 20,000 people on iconic stages like the Sydney Opera House Forecourt, Sidney Myer Music Bowl and The Riverstage. Look for Cleopold to continue to build on the success of 2015 as he hits his stride as both a recording artist and touring musician in 2016.


The Space Between' is a soulful dance floor jam that draws influence from both the indie cool of Melbourne and the glittery disco of LA - Cleopold's two home cities - and with a slight dusting of Ed Banger funk to give the whole thing a sexy finish.