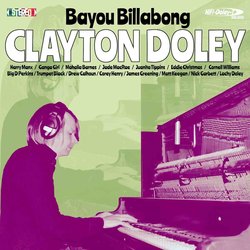 Other tracks by Clayton Doley: Disbelief  -  I Live For You