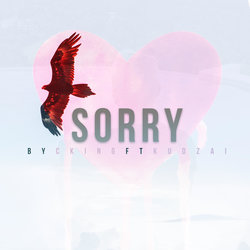 In his short career to date he has released two Albums, an EP, a Mixtape and several Singles.

In 2016 Cking released his most successful single to date entitled 'Save Me'. Drawing on his own childhood experiences, he dedicated the song and music video to Domestic Violence awareness and touched the hearts of over 500,000 people worldwide with well known organization White Ribbon among it's supporters.

In 2017, Cking performed at Wolston Correction Centre to perform and speak on his past experiences with Domestic Violence.

Cking has toured the country twice, once with US sensation Futuristic and once on a headline tour with his label mates at the time, Ursa 13 and BMM. He has shared the stage with the likes of T-Pain, Drapht, Mobb Deep, Dune Rats, Onyx, Necro, Madchild, Spit Syndicate, Kerser, Devin The Dude and Manaz Ill.

Cking has just released his brand new single and music video ‘Sorry’, which is available for download on all major online stores.


Sorry opens with a sombre piano introduction that flows into a smooth Hip Hop verse. The track features lush production and a killer chorus feature from artist Kudzai. Cking paints an emotional picture of the trials of human relationship.