City of Satellites - Moon in the Sea (Single Edit) 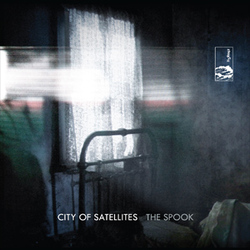 City of Satellites; a band of two people from two Australian cities. Jarrod Manuel lives in Adelaide and contributes vocals, guitars and synthesizers; Thomas Diakomichalis lives in Sydney and contributes drums, synthesizers and programming. Thomas and Jarrod initially began writing music inspired by the shoegazer, stoner and grunge heroes of their high school days, but over time the influence of the ’80s music of their formative years has become more pronounced and more deeply explored.

Initially struck by the challenges of incompatible technologies and living in different parts of the country, Jarrod and Thomas were forced to develop a simple yet reliable approach to producing their music at distance. Recorded works in progress were physically mailed back and forth and developed in isolation, often resulting in serendipitous joint compositions. While technologies have progressed - and City of Satellites is now not as dependent upon Australia Post - this notion of a remote collaboration persists, and helps define the spaces and contrasts in City of Satellites’ sound.


The perfect introduction to City Of Satellites’ gorgeous sound. Delayed guitars, bass and drums are swathed in an eerie mist of synths and chimes, above which Jarrod Manuel’s emotive vocals shine clear and true. The track breathes and throbs with life, ebbing and flowing beautifully
throughout.

Other tracks by City of Satellites: The Spook  -  Sleeping Disgrace
%