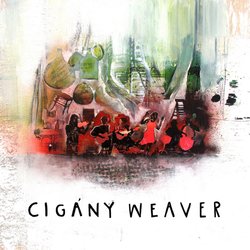 
Contrastingly, the end of the album explores a darker, more powerful side of ‘Cigány Weaver’ with ‘Janome’. This through-composed song gives insight into the band’s live performance, with emotive and powerful violin leading the listener through an eerie atmosphere, building towards a soaring vocal finish.

Other tracks by Cigany Weaver: Make Do  -  Sweet Georgia Brown
%