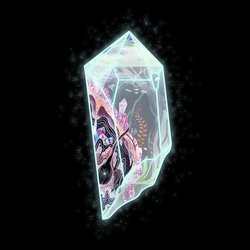 Music producer Cameron Taylor and Singer/Songwriter Kiersten Nyman met while working together on other projects. Soon realising their shared love for similar artists and song writing style, the pair came together and created Chymes. After experimenting with each other’s contrastingly dark lyrics and playful innocent sounds, their debut EP ‘Grow’ bloomed out of the bedroom-studio in early 2016 and soon ranked #27 in the Top 50 Global Viral Charts on Spotify.

Since the release of their debut single ‘‘Oracle’’ in early 2016, Chymes have had converted spots on Triple J’s Unearthed rotation and received numerous reviews about their music being hailed as “mesmerising” by Indie Shuffle, and as having “hints of Purity Ring with it’s eerie vocals and captivating soundscapes” by Howl & Echoes. Juxtaposing flirtatious beats and haunting lyrics ‘Grow’ has drawn in listeners all over the globe. The homespun and tender EP now has more than 200k listens on Spotify and more than 100k on SoundCloud.

New single “Bloom” is the first track off Chymes’ second EP to be released later this year.


“Bloom” is a song about the self-exploration and growth we experience when we choose to no longer invest energy on the people who hold us back.