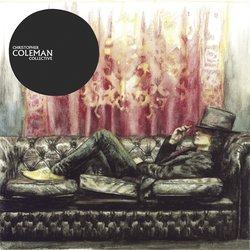 With a sound that effortlessly crosses the divides of folk-pop, blues and rock and well-crafted narrative driven songs that are in turn evocative, whimsical and infectious, the Christopher Coleman Collective are well worth catching.

Over the past couple of years, Tasmania’s Christopher Coleman Collective has been steadily building a bridge over the big blue sea called Bass Strait. Pretty much a state-held secret until 2013, the charismatic young folk artist and his band spent their time quietly polishing their songs and sharpening their performances to appreciative and enthusiastic local audiences.

Unearthed by Triple J back in late 2012, and invited to perform at Falls Festival (Marion Bay) the same year, Christopher Coleman then went on to take out the 2013 Performer category of the national independent artist development program Telstra Road To Discovery, before going on to spend time on the mainland of Australia and in the UK. Lately they’ve been enjoying a summer of riches, sharing their music with crowds at the Taste, Cygnet Folk and Tasmanian International Beer Festivals, plus a first time trip to Tamworth.