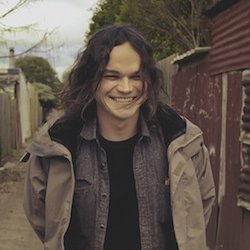 Christopher Coleman Collective will celebrate the release of ‘December’ with performances in Tasmania at the Republic Bar and Longley International, Melbourne’s the Grace Darling Hotel and Sydney’s Brighton Up Bar in a co-headline single launch with Jim Lawrie.

The new track, to be released as a double-a side on November 16th, continues Christopher’s recording sprees in international locations with ‘December’ recorded in Nashville with American singer-songwriter and producer Neilson Hubbard.

“What do you get when you cross up to 27 band members and some Damien Rice and Glen Hansard-inspired tunes? The Christopher Coleman Collective… poetic of lyric and varied of musicality, Christopher Coleman and his ever-revolving group of band members create "...some of the most accomplished and hauntingly beautiful music you’ll hear this year.” - Happy

“their music immediately draws you in, with smooth vocals, compelling songwriting and catchy melodies that fascinate.” - Beat Magazine


The melody for December came through the inheritance of my great aunts piano, a dusty German treasure. I was in Hobart and it was winter. A week later it was summer in Nashville and I found the words on a back porch of the studio.