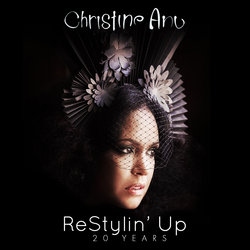 Christine Anu has enjoyed a career full of highlights, and they can all be traced in some way to her stellar first album. She once performed for Princess Diana, for the late South African leader Nelson Mandela and launched National Indigenous Television. Christine has won an ARIA Award for Best Female Recording Artist and, of course, she delivered a stirring rendition of “My Island Home” at the 2000 Sydney Olympic Games ceremonies. Christine Anu has also earned a long list of acting credits across film and TV. Many Australians regard her as a role model for Aboriginal and Torres Strait Islander people.

2015 marks 20 years since her iconic debut album STYLIN’ UP was released, and in celebration, Christine Anu will release a new live album that pays homage to the songs and the album that started her illustrious music career. RESTYLIN’ UP 20 YEARS, recorded live, will be released on 19th June through Social Family Records.

The tracklisting features the body of the original album plus two songs that didn't appear on the 1995 album. RESTYLIN’ UP 20 YEARS includes the big hit singles PARTY and COME ON and the iconic song that has defined Christine’s career, ISLAND HOME.


A song of lament, "Kulba Yaday" speaks of the sadness of Indigenous people losing their culture and the stories passed on from generation to generation. "I’m really hoping that it’s the go-to song for Australia when it comes to Indigenous Australians and our connection to our culture," says Christine.