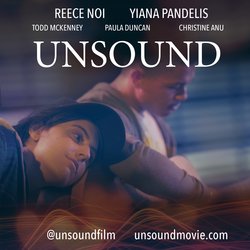 Christine Anu is arguably Australia’s most successful indigenous performer and one of Australia’s most popular recording artists, backed by an award-winning repertoire spanning across music, theatre, dance, film, television and children’s entertainment.

Five solo albums later, Christine pulls out all the stops with the formation of Stylin Up Entertainment, a collective focused on developing and producing new media brands that are proudly Australian. This spawned a new genre of children’s entertainment branded as Chrissy’s Island Family, adding another ARIA nomination to her many awards she has received over her career.


Anu wrote the tracks with powerhouse song writing team Eddie Said and Chris Kamzelas for the forthcoming Australian feature film UNSOUND, which she also stars in. The film follows musician, Noah, whose romantic spark is ignited by a young emerging trans-man Finn, as they work together to save Finn’s community nightclub for the deaf.