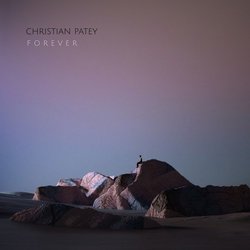 Christian Patey has been joining forces with electronic producers from across the world to create a new, effortlessly cool sound for himself.

He has collaborated with UK beat-maker Alabaster, well known Brisbane lads Yes You, Jimmy2sox (one half of Flight Facilities) and in 2018 landed a vocal sample/production on Rae Sremmurds album Sr3MM (The Weeknd, Pharrell, Travis Scott) also had his vocals sampled on PARTYNEXTDOOR'S album PX3 with credits along side Drake.

Christian is reeling from a massive 2017/2018 with single 'Is This Real' premiered on Triple J and added to rotation on Double J, followed by two other singles ‘High’ and ‘Can't Get Enough’ both played continually on Triple J Unearthed along with three east coast tours. Following a previous release of ‘Safe to say you’re free’ produced by Jimmy2sox, sold out TASH SULTANA, BOOSEEKA and TIJUANA CARTEL support and festivals.

Currently writing and recording an album set for release early 2019, with a festival lined up for the end of this year in Coffs Harbour playing along side Boo Seeka and Thundamentals.

It's about not living for the future, making your dreams a reality and going through the struggles to make that happen.