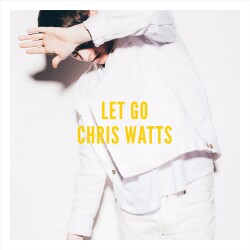 Kicking off his career with the debut album ‘Back Down’, Chris Watts offers a set of irresistible folk/indie-pop tunes underpinned by catchy riffs that stay with you. The songs on his debut album ‘Back Down’ have drawn favourable comparisons to Jake Bugg and First Aid Kit. One part power pop, one part melodic folk, they are full of infectious chords, robust rhythms and soaring vocals.

Chris’s career highlights include performing at the Queenscliff and St Kilda Festivals, being selected to be a part of MTV Brand New (alumni includes the likes of Tkay Maidza, Cosmo’s Midnight and Carmada), supporting the likes of Sydney duo Georgia Fair, playing in iconic venues such as The Metro Theatre and on ground at Etihad Stadium, and having his debut single ‘Back Down’ played on triple j.


Delightfully chirpy guitars, sprightly synths and staccato vocals provide a playful lamentation for anyone who's been caught in romantic limbo. She complimented you yesterday, then ignored you today? Clap your hands to the beat. Unsure where it's going, but can't let go? Chuck on some Chris Watts. He gets it.