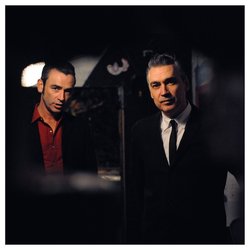 For two and a half years, Chicken Walk was just Chris playing solo with just an open tuned seafoam green Danelectro and a Goldentone reverbmaster for company on stage. His annual pilgrimages with his wife to the Mississippi Delta facilitated his evolution from sitting in with the local living masters, to performing the prized Juke Joints with The Corn Lickers, Cameron Kimbrough, Cadillac John Nolden and Lightnin’ Malcolm.

“The first time I hopped off the bus in Clarksdale, Mississippi, I looked around me. I could see fields of cotton, corn and beans. It was so hot the crops were shimmering. The earth had such a presence that I could hear music in the silence. It was if musicians from this area – from Muddy Waters to Robert ‘Wolfman’ Belfour, had plugged their guitars straight into the soil and blues had come pouring out.” – Chris Russell


Skinny Girl is the first single from the debut album by Chris Russell's Chicken Walk. A foot-stomping, head nodding, low down Juke Joint number hem sewn in the dirt of the home of Blues music, Clarksdale, Mississippi. Skinny Girl offers the perfect introduction to the distinctive Chicken Walk sound.

Other tracks by Chris Russell's Chicken Walk: Lying To Myself  -  Bad Things Too
%