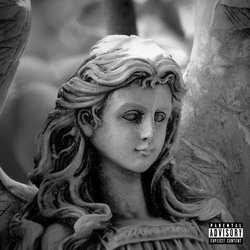 Born and raised in South-west Sydney, 20 year old Chris Onano is a conscious, lyrical MC on the rise. From day one music was always at the forefront in Chris' everyday life. After the unfortunate loss of Chris' father, his passion grew even stronger. Music was the only means to cope!

With many heavy influences like 2pac, Eminem, Kendrick Lamar, Jay Z & Nas, writing music became the only option in life.

The ability to utilise an artform to express became a new found talent & since then there has been no looking back. Chris then decided to attend a Music Production and Sound Engineering course, which took him through the barebones of music, learning the ropes and giving him the skills to express his creativity. With a new sound & an engaging message, Chris has continued to showcase a no boundaries policy throughout Chris' music.

Already gaining a feature in BRASH! Magazine and live shows alongside world renowned acts such as Mash'd'N' Kutcher at 2017’s Bring It On! Festival along with the announcement of Chris' Debut EP "THINK" & Singles such as "Last Supper" Chris not only looks to bestow a positive influence but to also inflict great change.


An upbeat yet emotion driven single, considered as a journey & true deep dive into ones story, Chris explores the world of rising up but not as one, as a unit between close friends, family & community alike. one's drive to go ahead with any dream or goal in mind despite any challenges on the road ahead.