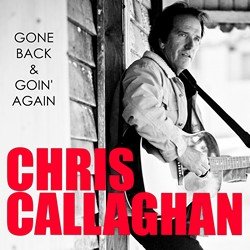 Chris Callaghan is an Australian singer, songwriter, and entertainer, with an extensive and successful history in the Australian country music industry. Chris has performed to a wide range of audiences both nationally and internationally, delivering musical versatility, an easy listening voice, and a down to earth sense of humour, ensuring his performances are always highly entertaining and popular.
​
Having been inspired by Johnny Cash from an early age, and in addition to his own original works, Chris is currently performing as the legendary Johnny Cash across Australia. With a number of quality albums produced throughout his career, Chris is working on a new album due for release in 2018. A Johnny Cash tribute album is also planned for simultaneous release.
​
Callaghan's distinctly Australian writing and performance style has enabled him to build a strong and loyal following among locals and tourists. Chris has a natural ability to connect with a diverse range of people, and this has been pivotal in establishing his place as a well known and well regarded Australian entertainer.


GONE, BACK AND GOIN’ AGAIN began when Chris had returned from a tour to his home town. Locals were always enquiring how long he would be back in town. Inevitably it would only be a short time before he was gone, back on the road again.