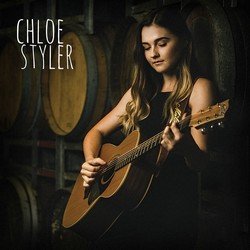 Chloe Styler isn’t your typical Country artist. The 20-year-old has been influenced by the likes of Fleetwood Mac, Joni Mitchell and Kacey Musgraves to become the artist she is today.

In 2015, Chloe attended the Junior Course of the CMAA Academy of Country Music, and two years later she graduated from the Seniors. Chloe released her debut EP in January 2017; recorded with Simon Johnson from Hillbilly Hut. Having self-written five of the six songs on her EP, Chloe is thrilled to have co-written ‘Storm Chaser’ with Lyn Bowtell.

Chloe’s original song ‘My Heart Is Yours’ was ranked number 7 on the International Mainstream Country Music Top 40 Singles Chart during the first week of March 2017. Furthermore, she was personally ranked number 36 on the IMCM Top 200 Artists Chart for that same week.

Over the past year, Chloe has opened several of Lee Kernaghan’s shows and performed at the Big Red Bash in Birdsville. This year, Chloe was a Grand Finalist in the 39th Annual Toyota Star Maker competition and during the TCMF, was awarded the TSA Songwriters Salute Award for ‘Contemporary Song of the Year’ for her original ‘Control’.


Co-written with six-time Golden Guitar winner, Lyn Bowtell, ‘Storm Chaser’ was inspired by a toxic friendship that Styler endured for 10 years too long. It describes how individuals must take control of their life and their friendships within it in order to feel like themselves again.