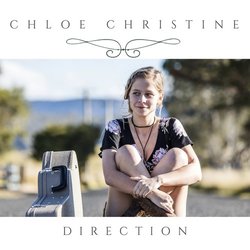 At the age of 14 she was 1 of 20 students picked from Australia and New Zealand to attend the prestigious CMAA Junior Academy in 2017. Then continuing on at the age of 15, where she released her DEBUT single ‘No One Cares’ which made it to #8 on the iTunes Country Music charts and got to #5 on the My Country Australia charts.

Chloe’s love for music has always been with her, but began taking singing lessons at the age of 5. She then began to teach herself guitar at the age of 11 and continues to play it at all of her gigs.

Chloe Christine sings a variety of genres but has a passion for country music! She started singing it while she was very young because judges at multiple eisteddfods told her she had “a distinct country twang”. She is frequently told by many that she reminds them of early Taylor Swift and described by many friends as their “little country pop princess”.

She is devoted in sharing her music with the community. She sings frequently for the residents of the IRT retirement home, Diggers Corrimal, Greenhill Manor as well as multiple Saving Chloe Saxby fundraisers.


Upbeat and Modern country. Chloe Christine writes a song dedicated to her school life. With everyone separating to live their own lives away from school, she wrote this song to say “we move in our own direction”.