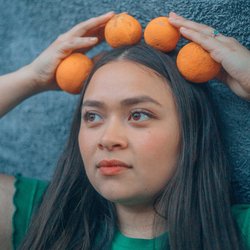 At the age of only twenty-two, Chitra’s short career has already shown immense promise: Debut single “Better Than Before” has received airplay on Triple J, and was added to rotation on Triple J’s Unearthed radio. Declan Byrne, host of Triple J’s Home and Hosed, referred to Chitra as a “powerhouse”, writing: “I first heard Chitra's voice live and it was so stunning. Plus she's such a great storyteller.” Nkechi Anele, lead singer of Saskwatch and host of Triple J’s Roots n All described Chitra as “a worldly old soul”, noting of “Better Than Before” that “there's not light in the darkness but there is definitely beauty and wonder.” Off the back of her success on the Unearthed platform, Triple J awarded Chitra with the chance to play at The Drop festival in Torquay, alongside Angus and Julia Stone and Hockey Dad. Favourably comparing Chitra to her songwriting role models Angel Olsen and Julia Jacklin, Beat Magazine praised Chitra’s storytelling, writing that “Better Than Before” has “a calming quality despite the emotional complexity at its core.”


Of the song, Chitra says: 'Leaving' is a song I wrote about someone wanting you only when you aren’t around. That confusion of wanting to stick it out but getting frustrated with the hot and cold headache. It’s a cheeky ode to leaving indecisive people to their own devices.