Cheynne Murphy - Back At The Start 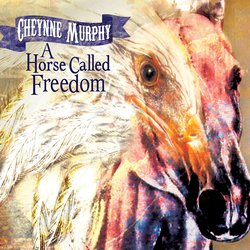 A musical journey inspired by the idea of sitting around campfires, singing songs with nothing but acoustic guitars, a few friends, and the crackle of a fire sounds like it could be good for the soul. Cheynne took this inspiration and debuted his first EP titled "Firesongs for the Soul" at Bluefest 2009 in the company of giants. He then recorded part two which was an album described by Rhythms magazine, as "a big warm sprawling folk rock record..unpretentiously earnest". Effortlessly traversing across folk-rock and alt-country terrains he ends up somewhere in the hills of Byron the inspiration for much of his music. Combining emotive vocals, and layered harmonies Cheynne taps into the diverse Byron music fabric for eclectic instrumentation and a big little band sound. With growing critical acclaim, national radio airplay and television performances, and some big festivals behind him, Cheynne is starting a new journey with the debut LP A Horse Called Freedom. Joining forces with ex-301 engineer and producer Paul Pilsneniks (Pete Murray, Angus Stone, Powderfinger) , and with a new band to boot, Cheynne will be showcasing the album 2014


Uplifting acoustic rock ballad, with layered chorus harmonies and a pop sensibility, exploring the conditioning process from birth, the corruption of innocence and the journey back to innocence in old age