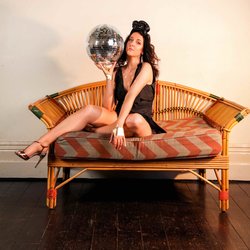 Her debut soul inspired album I Hope You’ll Be Very Unhappy Without Me, was lauded #2 Album of the Year on ABC Radio National and nominated for Best Soul Album at The Age Music Victoria Awards 2014. An internationally acclaimed live performer she headlined the Arts Centre Melbourne stage at the Australasian World Music Expo; supported Macy Gray, and made her UK debut at Glastonbury Festival 2015, subsequently selling out the famous London Jazz Café.

Behind the scenes Chelsea is the Artistic Director of Stonnington Jazz Festival and recently appeared as a speaker at the The Lincoln Centre New York for Jazz Congress 2019. She is also Deputy Chair of Music Victoria, and has curated the 'Women of Soul' series featuring artists such as Kylie Auldist, Mojo Juju and Stella Angelico since 2011. As a DJ she has supported artists such as Booker T, Neneh Cherry, Craig Charles, Hiatus Kaiyote and Cookin' on 3 Burners and is a regular Broadcaster for Mi-Soul Connoisseurs London and PBS 106.7FM.

Her highly anticipated second album “Chasing Gold” sees Chelsea move into rare-groove territory, fusing her love of early disco, epic pop and jazz and is set for release in March 2019.


Taken from Chelsea's highly anticipated second album 'Chasing Gold', 'Breaking Down' sees Chelsea move into rare-groove territory, fusing her love of early disco, epic pop and jazz. Produced by ARIA nominated composer/ bassist Ross McHenry (The Shaolin Afronauts), 'Breaking Down' is a deeply personal song about an abusive domestic relationship, and sees Chelsea at her most heartfelt yet.