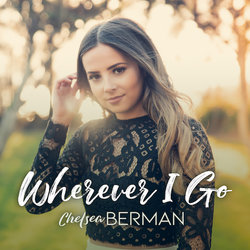 Chelsea started performing at the tender age of 8, getting her start on the stage in musical theatre. From these humble beginnings on the Central Coast of New South Wales, her determination to become a professional recording artist, touring consistently throughout Australia, has seen her grow into an accomplished young performer.

Now in her teens, her warmth and approachability as a person, coupled with her strong sense of personal style, Berman has all the building blocks for a bright and successful career.

When it comes to emerging talent on the Australian music scene, Chelsea Berman is certainly turning heads and gaining traction.


Wherever I Go is a catchy country pop track co-written by Berman with Melanie Dyer and Dean Ray, and it reflects some major changes as Berman ventures forward on her life journey...it’s about leaving home for the first time, but the wider theme is wherever you go in life, your home is always there...most often where your heart lies.