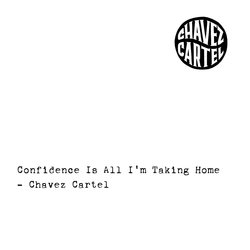 Following the release of their debut EP ‘Lucky Lucky’ in early 2019, Chavez Cartel have gained new followers both in Australia and internationally through various publications, playlist inclusions and radio airplay. The debut single 'Bipolar Express' came in at #10 on the Amrap Regional Charts alongside some huge names in Australian music and the EP feature track 'Feelin' hit #5 on the Amrap Regional Charts.

The band has remained busy throughout the past year performing regular gigs throughout their home state of Queensland including being named on the line up for the recent Wallapalooza and the Rockhampton River Festival.

There’s still plenty in store for Chavez Cartel before the year is though with more live shows scheduled and new music on it's way. Keep your eyes and ears open throughout the rest of 2019 and early 2020 for new releases from Chavez Cartel.


"Confidence is all I'm taking home. Hard earned like ya fathers gold. I'd pay for pain but you bring so much for free." To grow we must accept who we are, flaws and all; embrace every opportunity we're given, make mistakes to learn harsh lessons and become a better version of ourselves.

Other tracks by Chavez Cartel: Different Underneath  -  For Better Or Worse
%