Charm of Finches - Her Quiet Footsteps 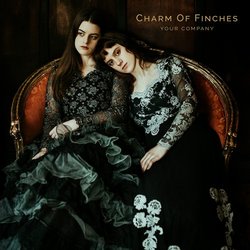 
This song is written following Ivy's experience of losing her best friend when they were both 14 years old. It's honest and intimate, yet the sadness is transformed by the ethereal beauty of precious recollections, small moments of childhood joy. Warm intimate vocals and heartbreakingly close sibling harmonies.

Other tracks by Charm of Finches: Fish in the Sea  -  Slip Like Water
%