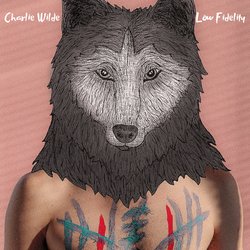 Defined by it's ethereal nature and emotional delivery, Charlie Wilde pulls you in with a deeply personal and yet somehow accessible message. With influences ranging from Bon Iver to Keaton Henson and Patrick Watson, Charlie is raw, sincere and human.

Charlie Wilde is a new Perth outfit that was formed in August 2018. A consistent run of shows has seen Charlie steadily rise in popularity exemplified by their event ‘Beyond the Verge’ - which Charlie created and co organised - that drew a sellout crowd and a stellar lineup. Charlie has also already gigged in the majority of Perth and Fremantle’s classic venues alongside some of the biggest local acts, the band has also been subject to reviews and writeup from notable publications X-Press Magazine and Around the Sound.


The debut single of Charlie Wilde, ‘Low Fidelity’ paints an emotive picture of a complete loss of empathy. The song can deliberately be interpreted in a number of different ways, as it’s true meaning is only revealed upon reflection, much in the same way someone would reflect upon their actions with regret, guilt and shame.