Charlie Rebel - Stare at the Sun 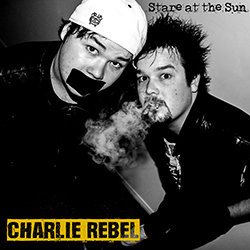 Tiresome of the system and running the rat race, the two founding brothers of Charlie Rebel have set off on a lifetime mission - to deliver their music & perform to every corner and crevasse of their home planet.

Two Brothers, (Nick & Chris Torr) one Van, a punk attitude and the endless roads of Australia, this is Charlie Rebel. Fresh from supporting Spiderbait in Cairns, the Charlie Rebel boys have been in the studio recording their new EP ‘STARE AT THE SUN’ on the Gold Coast with Serotonin Productions & Guy Cooper. They are set to tour the new ep with 9 shows in Japan this June, before returning home to start the Australian shows in late 2017 & early 2018.

The new ep will be released on June 20th digitally and physically at shows in Japan through Human Records.


A song about keeping a positive manifestation as the creator of your own reality and consciousness. Even in the dark there is light.

Other tracks by Charlie Rebel: The River  -  Nuclear Holiday
%