Charlie Collins - I Don't Want To Be In A Rock Band 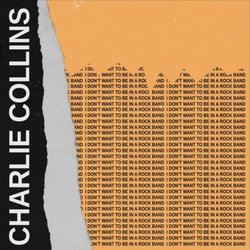 Growing up in Tamworth, Collins was raised on a record collection of storytelling, and from the young age of 11 was pushing her way on to the stage of the local pub. Having played in various bands both in Australia and overseas, Collins is now returning to her roots of authentic songwriting.

Following appearances at BIGSOUND and the release of ‘Mexico’, Charlie Collins toured nationally with Gang of Youths on their record-breaking sold out ‘Say Yes To Life’ tour, where she was met with rave reviews of her performances.


The song was written whilst Charlie was on tour with Gang Of Youths. It is about Charlie's long journey exploring different genres while fronting numerous bands. Not feeling like herself and almost resenting who she was becoming. Until she decided to step out on her own and write freely and express herself musically with what comes naturally.