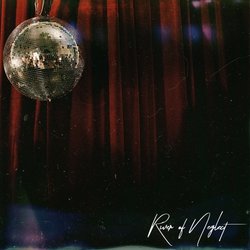 The landscape of soul music is changing and Charbel is at the forefront of it all. Whether it’s as MC of the newest funk sensations Boomchild or crooning the mic and crafting the perfect 16 in his own light, Charbel pens music with substance and profound positivity.

Charbel began creating in 2016, steadily releasing a string of singles that have since infiltrated airwaves across the country. Earlier this year his single “Maybe” premiered on Call & Response on MTV Music, while he has delivered scintillating performances on stage, opening up for national favourites including Adrian Eagle and Hermitude.

Charbel was a winner of the 2019 triple j x NIDA video competition, collaborating with them to create the music video for “River of Neglect” and premiering the clip on RAGE.

Blessed with the voice of an angel, Charbel raps, writes and sings his way through life, navigating the hardships and searching for the purity the world has seemed to have lost. His rise up the ranks is getting steeper by the second – it’s only a matter of time before Charbel becomes a household name as Australia’s King of Soul.


“River of Neglect” is a story about the fight for true love inside a lust-filled world; a genuine connection between two human beings that cannot be built solely upon sex. Charbel's honey-like vocals sit atop Sumatra's soulful production featuring traditional Lebanese instrumentation, an ode to Charbel's rich heritage.