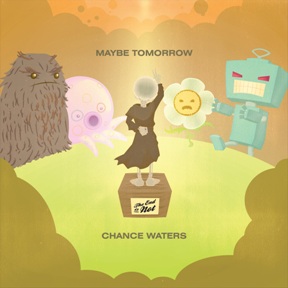 Artist Biography (200 words max) After more than five years actively touring the country and releasing music under the moniker Phatchance, Sydney hip-hop artist Chance Waters has decided to lose the alias and return to his given name. With the changing of the guard now complete, Chance has his head down and his mind firmly focused on the road ahead.


Produced by One Above, (The Hilltop Hoods’ #1 Single ‘I Love It ft. Sia’ Certified Triple Platinum and the highest selling Australian Hip-Hop single of all time), the track’s up-beat tempo, off-beat rhythm, piano-rock and live instrumentation see Chance continue to forge a unique path in Australian hip hop

Other tracks by Chance Waters: Infinity  -  Looking for Something (Ft Patience Hodgson)
%