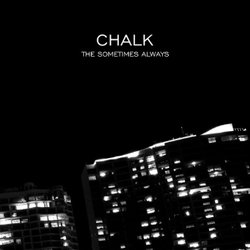 Chalk is a band from Brisbane, Australia. They originated in a shambolic East Brisbane share house in the 1990s. Over the course of a few years they released several EPs and singles, played in Brisbane constantly, did some festivals, toured the country and shared bills with bands like Died Pretty, Clouds, Falling Joys, Hunters & Collectors, Celibate Rifles, The Church, You Am I and (on one occasion) Radiohead. More recently Chalk has re-appeared to play live at several events, and in 2019 will be releasing their long-awaited debut album.


Frontman James Kliem says the song is a letter he wrote to his younger self in the hopes that he could somehow pass some wisdom on to the young person reading it.