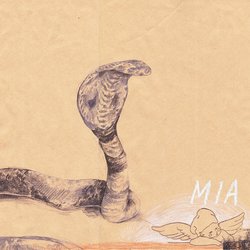 Chakra Efendi grew up between two worlds. Travelling between his father’s home village in Indonesia and his home in Australia, and taking inspiration from both his ex-radio DJ mum’s love for post punk and his dad’s EDM/Hip Hop obsession, this dichotomy became the bedrock upon which Chakra built his music.

In March 2018, Chakra Efendi released first studio recorded single, ‘Waste of Space’, followed by second single ‘Grow Up’ and an accompanying music video, with both tracks receiving adds to FBi Radio rotation, play on triple j’s Home & Hosed,
regular play from 4ZZZ and Radio Adelaide, as well as strong online support from the likes of LNWY.co, Pilerats and Bandcamp with a feature on their homepage under ‘New and Notable’.

Steadily, Chakra Efendi has built a dedicated following in pockets around the globe with his uniquely forthcoming, noise-tinged brand of lo-fi pop, attracting streams of 100K+ on a series of demos on SoundCloud.

Chakra Efendi’s output of sullen-yet uplifting soundscapes and heavy-lidded lyricism speak of a compelling project teetering on the precipice of catching fire.


"The ‘Mia’ addressed in the track isn’t about any person in-particular, but is the human embodiment of mental illness. These issues can harm people mentally and physically, just as a real person could. We all struggle from time to time and it’s important to talk about our problems and not keep quiet." - Chakra Efendi