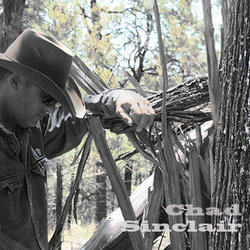 "My story really started growing up and appreciating country music with couple of my uncles. Country Music was a sound that became ingrained in me. I got a great appreciation of Slim Dusty listing to Hoedown on a small crackly radio in the far west in the Northern territory working on large cattle stations as a Ringer. His words related to what is was doing on a day to day basis and it was like he was singing to us."

Chad's songwriting started when he won the overall CCMA talent quest in 2017 at Tamworth. This propelled him to represent Australia in the Trans-Tasman Entertainer Of The Year awards in Norfolk Island, and there he won the prestigious songwriting award and the Encouragement award. Being judged by current professional artists in the industry made it more special to be appreciated by them set him on the path to write an album.

Recently, Chad won the Fretfest competition which is an original song writing event.

Chad's songs are inspired mostly by his surroundings on the farm were he lives in Tamworth and raising his Children also gave him words and wisdom to guide them through life.


Sunday Town is inspired by Chad's life experiences and showcases the sounds of Willie, Merle and Don Williams, all Chad's inspirations.