Chad Morgan & Shane Howard - The Ballad Of Bill And Eva 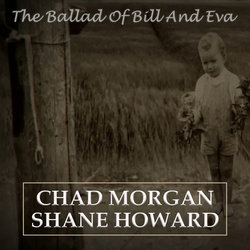 Chad still has an enormous and devoted following and is constantly touring the country, he still eagerly awaits his performances at the Annual Tamworth Festival. Since 1952 Chad’s been performing a unique array of comic country and western songs such as The Sheik Of Scrubby Creek, I’m My Own Grandpa, The Shotgun Wedding, Double Decker Blowflies, There’s Life In The Old Dog Yet, and many more.


This track sees Chad Morgan collaborating with Shane Howard to re-record a heartfelt tribute to Chads grandparents Bill and Eva Hopkins. A departure from his usual comedy songs Chad and Shane deliver a superb rendition of a very personal story.