Celadore - Burn Down The Lighthouse 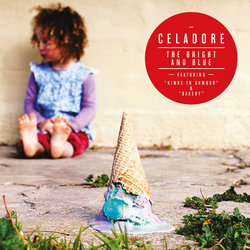 Playing together since their early teens, guitarist/vocalist Michael Cooper and bassist Tom Ahmed would steal away from class to jam in their high school rehearsal room, but the three piece wasn’t complete until they welcomed drummer David Noordhoff in 2009. With the full line up realised, they set off to record their debut in the secluded sanctuary of a coastal beach shack in East Victoria.

Taking inspiration from their idols Crowded House, Motor Ace, Elliott Smith, Big Heavy Stuff and The Beatles, Celadore’s sound swings between brooding rock, subdued balladry and uplifting pop. It was this care for delicate melodies and driving hooks that grabbed the attention of UK producer Chris Sheldon (Foo Fighters - Colour And The Shape, Kisschasy - Hymns For The Non-Believer, Gyroscope - Cohesion). Responding to a couple of rough mixes sent over to his East London studios, Chris was quick to take up the job of mixing ‘Distance Is A Gun.’

“I liked what I heard immediately. For me, it’s all about melody, and Celadore have it in spades.” - Chris Sheldon


Melbourne indie-rock trio Celadore announce the release of new EP 'The Bright And Blue' on October 7 through Popboomerang Records. Produced by Chris Cheney of The Living End, 'The Bright and Blue' is filled with driving, infectious hooks, showcasing the band's broad yet cohesive take on melodic pop-rock.

Other tracks by Celadore: Bakery  -  Kinks In Armour
%