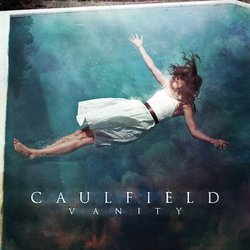 Since their inception as a band in late 2010, Sydney’s Caulfield have established themselves as one of Australia’s most promising post-hardcore outfits.
Caulfield are Mahan Shishineh, Andrew Gill, Cole Wilkins, Laurent Saligne and Matthew David.
The band gained a devout following at home and abroad following the release of their debut EP Clarity In The Sea Of Confusion (2010). Caulfield have hit the road many times over in support of well known artists including Parkway Drive, Silverstein, Demon Hunter, Vanna, Attila, Texas In July, Heights, Confession, Buried In Verona, Hand of Mercy, Northlane, Hands Like Houses and more. Their intense and energised live performances consistently win them new fans at all their shows.
The years of hard work on and off the stage have been channelled into Caulfield’s debut full-length album, Vanity. The album was recorded over a few intensive weeks at STL studios on the sunny Central Coast with seasoned hardcore producer Sonny Truelove (Before Their Eyes, Sienna Skies, Creations, Angela's Dish, For All Eternity). With Sonny’s influence, as well as Caulfield’s precision and passion, Vanity showcases their hard-hitting melodic style and truly delivers in bringing their aggressive style to life.


Lead single ‘Sour Grapes’ is set to follow The first taste of Vanity; ‘Sweet Defeat’ – which premiered on triple j’s influential ‘Short Fast Loud’ program and is a telling tribute to the band’s aggressive sound and a promise of what is to come on Vanity.