Caulfield - Hell Inside My Head 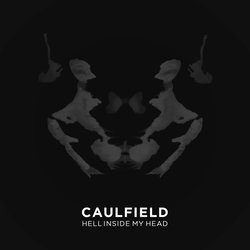 In the band’s short career, they had been selected to support many established artists such as Parkway Drive, Texas in July (USA), Northlane, Hands Like Houses, Iwrestledabearonce (USA), Dream On Dreamer, I Killed The Prom Queen and more.

Whilst the band’s first EP release ‘Clarity in a Sea of Confusion’ firmly cemented their fan base, Caulfield took to the studio in 2012 to expand on what they had created, producing their debut album 'Vanity' which took out the #1 spot on the iTunes Metal Charts and AirIt reporting them as the most ordered artist in November 2013.

In March 2014 – the band underwent line-up changes and a rejuvenated Caulfield announced an exclusive partnership with ESP Guitars and joined Iwrestledabearonce (USA) for their Australian tour.

After completing this tour, Caulfield regrouped and found themselves back in the studio to create the single ‘Smoke and Mirrors’ showcasing the band’s new heavier sound which received an overwhelmingly positive response through social media and within the bands live set.

Early 2015 saw Caulfield taking time away from touring, allowing them to return to the studio to record their sophomore album ‘Outcast’, which they feel really captures their aggressive and melodic musical approach.


'Hell Inside My Head' (2:59), is the first single from the new album and captures Caulfield's aggressive and melodic musical approach.