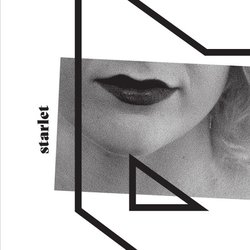 They have just released Starlet / Green Heart a two-track 7" vinyl, which follows the Catsuit EP from 2013.

Catsuit’s first single ‘I’m the Worst’ was hailed in Melbourne street rag ‘Inpress’ as one of the top five songs of 2012. Since then, they have appeared on the third edition of Rough Skies' Hobart compilation ‘Community' and released a self titled EP available on bandcamp. They have shared the stage with Teeth and Tongue, Beaches, Pikelet, Popolice, Jealous Husband, Summer Flake, Ruined Fortune, and Miles Brown, as well as hometown heroes The Native Cats, Naked and Dogtower.

Catsuit have been likened to 90s fronted indie rock bands like Tsunami and Scrawl, but Thomas Hyland of Melbourne via Hobart band Ivy Street probably said it best when he described them as “a sludgy shoegaze three-piece that’s unafraid to sing. Angelic downer punk-rock”.

Other tracks by Catsuit: Green Heart
%